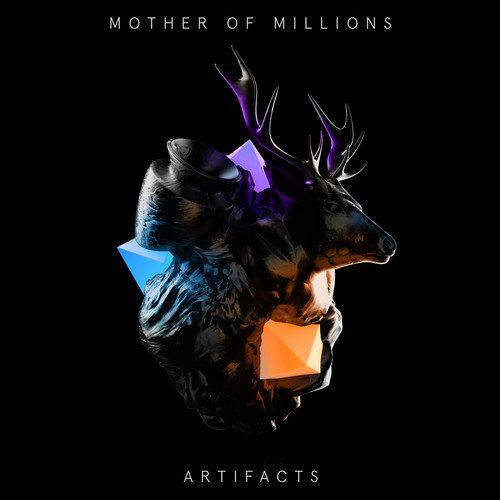 Mother of Millions is back with their third album "Artifacts" that tells a story about ideas and sentiments as objects with a ritual value. Artifacts will be released in March 22 and is the follow-up to 2017's critically acclaimed album "Sigma". Mother of Millions is a five-piece progressive/alternative metal band from Athens, Greece, formed in 2008. The sound of Mother of Millions can be described as equally massive as cinematic. An intense experimentation involving elaborate rhythms, folk aesthetics and progressive rock tunes. In 2014 the band found itself ready, in terms of finding it's own identity, to release it's first, critically acclaimed, concept album "Human" (Turkey Vulture Records / Bungalo Records / Universal Music Group Distribution USA). Following the album's release, the band got busy, performing live, presenting, at most occasions, Human in it's entirety. In November 2017, the band released it's second album "Sigma" via Swedish ViciSolum Records, getting the most positive reviews from the audience and the global music press. As part of Sigma's release, the band performed a sold-out headline show in Athens, shows with Textures on their last European tour, support shows with -Ruud Jolie's (Within Temptation)- For All We Know in the Netherlands, while the band has shared the stage with artists such as Pain of Salvation, Devin Townsend, Leprous, Oceans of Slumber, SepticFlesh etc. The end of 2018 marked the closing of the Sigma cycle and the return of Mother of Millions in the studio for their third album "Artifacts".
This website uses cookies to personalize content and analyse traffic in order to offer you a better experience.
I accept Learn More
back to top