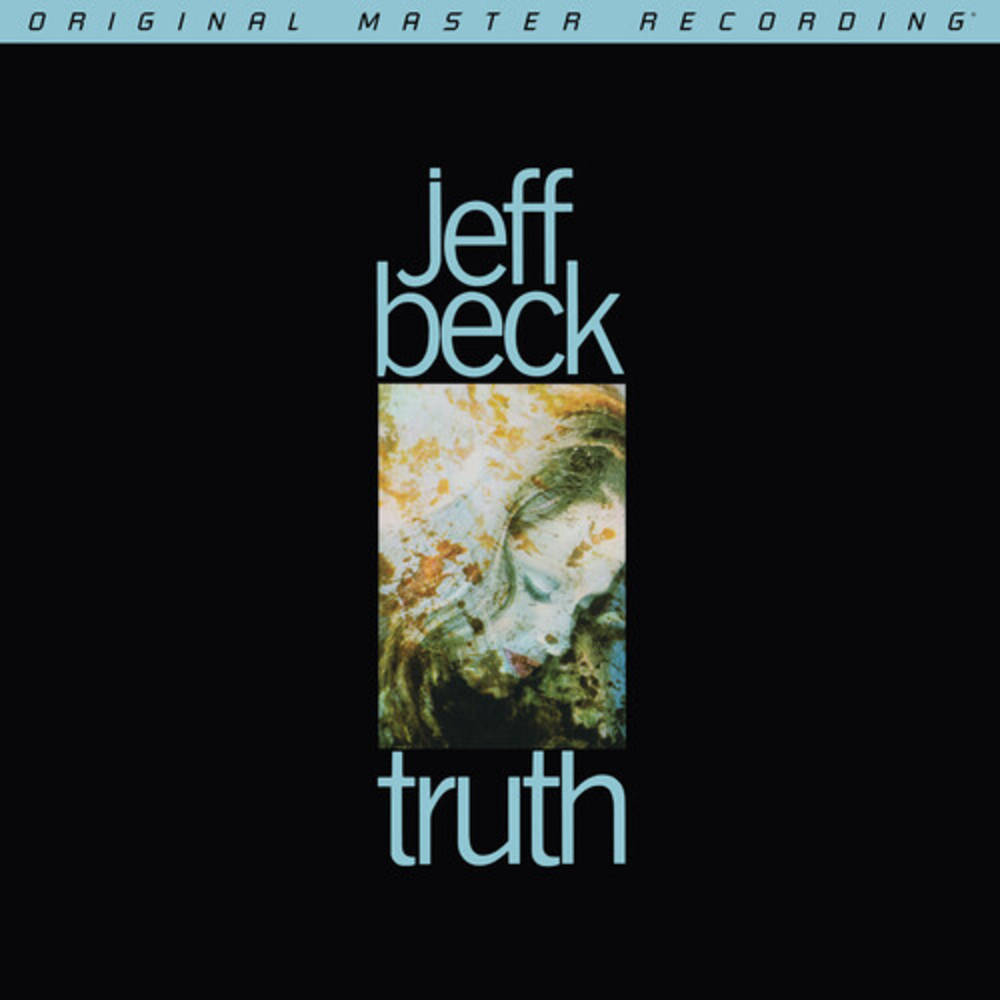 Primal Energy, Indescribable Guitar Wizardry, and Gritty Soul: Truth Played by Core Lineup of Jeff Beck, Rod Stewart, Ron Wood, and Mickey Waller with Guest Turns by Members of Led Zeppelin, the Who, and the Rolling Stones. Mastered from the Original Master Tapes and Strictly Limited to 4,000 Numbered Copies on 180g 45RPM 2LP: Mobile Fidelity Reissues Present the Music with Unlimited Dynamics, Exceptional Clarity, and Full Tonality. Steeped in Blues, Swing, Heaviness, and Firepower: 1968 Landmark Remains One of the Most Influential Albums Ever Released, Served as Key Blueprint for Hard Rock. The core lineup-Jeff Beck, Rod Stewart, Mickey Waller, Ron Wood-responsible for the groundbreaking performances Truth alone qualifies as a watershed accomplishment. That the 1968 landmark predated and impacted Led Zeppelin's debut; involved members of Zeppelin, the Faces, and the Who; continues to be cited as the blueprint for hard rock; and unspools with indescribable guitar wizardry and primal energy put it into rarefied territory. Considering the record also involves Rolling Stones session/touring pianist Nicky Hopkins, Zeppelin guitarist Jimmy Page, Zeppelin bassist John Paul Jones, and Who drummer Keith Moon-and includes a rendition of 'You Shook Me' that inspired Page-the sheer importance and scope of Truth cannot be over-exaggerated. Neither can the brilliance of the performances or inventiveness of Beck's approaches. Among the most influential sets ever released, Beck's solo debut has never spoken with more truth than on these exceptional reissues. Mastered from the original master tapes and strictly limited to 4,000 numbered copies on 180g 45RPM 2LP, Mobile Fidelity's version puts you in Abbey Road and Olympic Sound Studios with the band. Free of the haze and thinness of prior editions, they present the music with three-dimensional depth, revealing texture, and unmistakable liveliness. Just as crucially, and in line with Beck's request in the original liner notes, they also can be played loud without harshness and distortion. The full measure of Waller's foundation-busting percussive thunder can now be enjoyed without limitations. Ditto Wood's steadying rhythms, and the grit and grain present in Stewart's deliveries-not to mention the tones echoing from Beck's notes, sustains, bends, glissandos, slides, and chords. From start to finish, there's not a single lapse. And that's the straight truth.
This website uses cookies to personalize content and analyse traffic in order to offer you a better experience.
I accept Learn More
back to top